One of the most significant things that has happened to me since my mother’s death was visiting “her” in the cemetery when I was home for Christmas. I got an idea, one that will stick with me every time my sister and I visit. 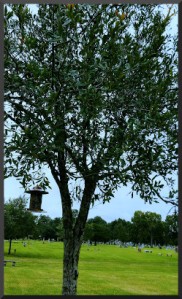 One of the reasons we chose the particular area for her plot was that there was a tree in front of it. I named the tree “Fred,” and at first, my sister wasn’t fond of it. But the name has grown on her, and we can’t change it now. After we’d talked for a while, both to my mother and each other, I reached out and put my arms around Fred, because “he’s” still so little that I can hold him. I looked at my sister and said, “I know this seems weird, but it’s the closest I’ll ever get to hugging mom again.” I leaned in, my arms as tight as an old sea salt’s rope, and closed my eyes. I visualized “Fred” disappearing and my mother standing in “his” place. Peace and comfort washed over me, the “peace that passeth all understanding (Philippians 4:7 KJV). It is with me still as I write this, listening to the Argo soundtrack for the thousandth time.

It isn’t the most relaxing music in the world, full of intrigue and danger (especially if you know what piece goes where), but it is what gets emotions out of me. It brings back the muscle memory of writing, to which I’ve paid little attention, preferring to keep my emotions bottled up for some unknown reason. I don’t have writer’s block. There are a thousand memories I could publish. It’s my disorder. Anxiety and depression make me lose all excitement for everything, and being Bipolar II, I just have to wait until I cycle back up (at least a little).

Today is not a day I thought I would write, because Tony Mendez died on January 19th of last year. When I heard the news on the 20th, I cried like I had taken a spill on the sidewalk and there was no one to give me a Band-Aid…. which is an apt analogy because my grief over my mother and my grief over Tony became inextricably interrelated.

I don’t break down easily anymore. I became so afraid of being vulnerable in public that I developed a suit of armor, and so if I had to guess, hearing that my favorite author died broke the dam. It was everything, from not getting to meet him in person to having the stark realization that death is so permanent….. again. 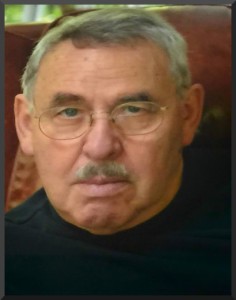 I picked up my autographed copy of Argo: How the CIA and Hollywood Pulled Off the Most Audacious Rescue in History, stared at his signature, and started the first chapter.

I couldn’t focus and put it back in my top dresser drawer. I ended up lying on my bed, staring up at the ceiling fan, hypnotized by the blades. I remember, down to the body memory, the way I felt. It was akin to needing a good cry, but you can’t get it out, so you purposefully put on sad music or a movie. I absolutely started crying at the Washington Post article, but that’s not where I finished. Sounds came out of me that I have only heard when I’ve had a true wound to the soul. It was animalistic, coming from deep within.

It is interesting to me that I thought I didn’t have a tree to hug in honor of Tony, and then it came to me.

What are books made of?

Connect with the Author

Make Me a Professional Writer