I got into The High School for Performing and Visual Arts in 1992 as a trumpet player. I sort of made a mistake in choosing four academic classes and three performing groups.

I was in the wind ensemble, the symphony, and Jazz II, the preparatory band for the one that won all the awards. I got my chance to audition for Jazz I, and I blew it. In hindsight, I could have won had I not been exhausted, because my embouchure was never right. I could only play for about an hour before my face started sliding down into my neck…. and because I was in three performing groups, I never had the time to back off and correct it. Plus, the audition was after school, where I’d already played for three hours.

When I was good, though, I was on fire. I wouldn’t have gotten into a performing arts magnet if I wasn’t. An audition is one slice in time, and it determines the big picture- the entire school year, possibly the entire time at said school altogether.

I am comforted by the fact that professional musicians don’t have it any easier. It’s just as common to blow a huge audition as it is a small one. The thing that made me the most angry is not that I didn’t win. It’s who did… a girl who straight up bullied me from the first day to the last. For some reason, she didn’t have a horn at one point, and my dad thought he could make it better by lending her his. It did not work. For some inane reason, a group of kids in my English class called themselves a family, and said bully said I was the dog. She barked at me every day, and this is just one example out of many.

I have a really, really long fuse… but after a year and a half of this, I backed this girl up to the balcony on the second floor and grabbed her. I wasn’t strong enough to throw her over, but she didn’t know that. I said, “this is going to stop. Right now. My family has been kind to you and every day, you still treat me like shit. That IS OVER.” Unsurprisingly, it didn’t stop the bullying altogether, but it helped. At least when she wasn’t bullying me, she had the good sense to give me the silent treatment. In retrospect, I can think of several good reasons why she was my high school bully, but that isn’t my story to tell. I will only say she was fighting a battle I couldn’t see and didn’t feel the need. Her sob story would have provided context, but not an excuse for the way she behaved. I wasn’t interested.

I was also outed to the entire school and my parents simultaneously, thanks to my counselor “being concerned” and calling them. The entire school came first- someone posted a flyer with a picture of me saying I was a “dangerous lesbian” or some crap like that….. which led to one of the percussionists holding up Playboy centerfolds where only the trumpet section could see them. I don’t exactly remember how long this went on, but I learned early to stick to my guns. If you weren’t bothered, they got bored. It all came to a head when I was sitting out on the lawn, eating my lunch, and the evangelical Christians came outside (link is to a PDF), carrying their Bibles, and read me all the clobber passages they could find. (As an aside, “clobber passages” is code for all the verses that Biblical literalists take at face value and think that the Bible is condemning homosexuality, when in reality, they’ve missed the point entirely.) I ran to my counselor and told her what happened, and she said, “well, what did you do to provoke them?” With that group, all you had to do was exist.

During that time, though, I got to hear some of the greatest jazz minds in Houston, and have now graduated to the international stage. Times like these are what made it all worth it… stars such as Robert Glasper, Eric Harland, and Jason Moran. I am very lucky that I have gotten to see all of them in concert, two here in DC (Glasper & Moran). Robert Glasper played The Reach, and Jason Moran played a small theater inside the “KenCen.”

The Glasper concert was crazy in a good way. So many hip-hop fans, with lights, 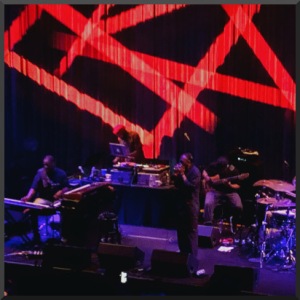 sound, and special guest Yasiin Bey. I managed to get an okay picture of them, because I was in the balcony and had to use optical zoom to get their faces. In case you are not familiar with either of them, Robert is at the piano and Yasiin is standing on the left.

After the concert, I wanted to joke with Yasiin that he was my favorite alien (because I for damn sure wasn’t going to tell the Ford Prefect he was my second favorite). By the time I made it to the crowds of people surrounding Robert, he was already gone. I did get to tell Robert that he’d sat behind me in history at HSPVA, and that was enough. It was literally the most fun I’d had in ages. Because I was a high school friend, I got more hugs than everyone else. 🙂

Jason’s concert in a small venue was something I couldn’t say was fun as in raves. It was fun like the way spelunkers explore a cave. There were just levels upon levels of mind-blowing musical figures, something he’s been able to do since high school and has just upped his game more and more over time. I got to talk to Jason afterwards, but more on that later.

The concert shook me to my core. It was music I wouldn’t, couldn’t forget. It was centered around the 20th anniversary of “Black Stars,” with The Bandwagon and Sam Rivers. The intro was a documentary about the making of the album, and then they played it live. Sam Rivers is now dead, so they brought in another player that was so reminiscent of his sound that when I closed my eyes, he was right there. 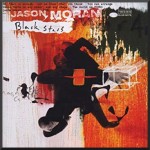 I left the concert shell-shocked. The frenetic music was playing in my mind, and instead of going home, I walked down the steps from the Kennedy Center and out onto the path on Rock Creek Parkway. I meandered to the Lincoln Memorial, then just kept on going. It must have taken me three or four miles before I even considered finding a Metro station. The entire time, I was trying to think of a way to turn Jason’s music into words, and I still don’t have them. I suppose the best I can come up with is “you just had to be there.” I’m listening to the album right now, and nothing will ever be as transcendent as the live show (of course). The piano gave me a brain race that I don’t experience unless I am listening to jazz that’s hard to understand on the first pass. And by that, I do not mean that the music is inaccessible to non-jazz fans… only that I was analyzing it from top to bottom, trying to put together the theory behind it. Music theory has never been my strong point, but I made a barely-educated effort.

As for talking to Jason, as soon as I said my name, recognition hit him. He said, “how long has it been?” I told him that with the exception of Facebook, probably 20 years, maybe longer. I asked him about his family, and told him about writing to “Ten” for over a year. He honored me by turning around and telling his bandmates, “hey! She wrote to “Ten” for a year!” I asked him about his commute, because he lives in Manhattan and is also The Kennedy Center’s artistic director for jazz. He said it wasn’t bad, and I was so glad to hear it, because it meant more Moran concerts in my future. He told me that in the spring he was going to do a Duke Ellington series. I said, “you are a brave, brave man.” We both got tickled, and it was so much fun to share something that really made him laugh.

For the uninitiated, Duke Ellington grew up here. His first job was selling peanuts for the Washington Senators.

To announce an Ellington series for his home town crowd could only take someone of Jason’s caliber. The crowd would trust him to play Ellington well, and if I know Jason at all, I know there will be some of his own ideas- paying tribute to Ellington in the most sincere way possible, but jazz is meant to evolve over time. All jazz players influence each other, and the music moves forward…. but it’s not just jazz. Jason listens to and remembers all kinds of artists. I remember from an article a distinct Björk phase……….

My only wish is that I could have seen the big picture with my little freshman mind. I got to be “raised” by the best- master classes with Clark Terry and Wynton Marsalis, and literally the best jazz director most musicians will ever experience. Dr. Robert Morgan is internationally known for being the teacher of some of the greats.