I’m starting to wonder if I’m ever going to figure out what to do with my life, because I can see where it is I want to go with such clarity… but there’s a deep chasm between here and there. The staircase has cracks and is, in some places, completely broken. For the longest time, I’ve wanted to work with the homeless, to be pastor of my own church, to be a writer tagged as more theologian than blogger, to help others heal themselves by laying out my own broken pieces and hoping that something I’ve said will trigger an “A-ha!” moment. I am thankful that I’ve done at least a small bit of the latter with this web site; the rest of me wonders constantly if I am healthy enough to work with other people in 3D.

It’s a question that not enough people ask themselves when considering careers as pastors, social workers, therapists, etc. Three years ago, I was in the psych ward at Methodist hospital… but I have trouble deciding how much of my depressed and anxious state was current and how much of it was a delayed reaction. While it was great to find an anti-anxiety medication that worked, and indeed, to learn I needed to add it to my already-established protocol, that was just psychiatry. Once my brain chemicals were sorted, that didn’t mean anything in terms of correcting behaviors that began as unhealthy in childhood, and proceeded to self-destructive as an adult. The difference, of course, being depth. When those behaviors were new, they would have been a hell of a lot easier to fix. And then I got old…. er.

I thought I was doing fine, and then the dam broke. All of the lies I’d used to convince myself that I was fine stopped working, and as I have said before, I just started emotionally vomiting trauma. I was a grand total of 36 years old, and I still felt like an arrested teenager, especially in my smallest moments. 36 should be old enough to know better, do better. I’d simply folded most of my hands as I watched my same-age friends come in Kings full over Aces.

I’ve never been in doubt about the fact that I was bright, had talent in multiple areas, etc. I just haven’t known how to collate that into success… and when I’ve achieved it, how to learn to live there. Every time I’ve had money and nice houses and retirement accounts and the whole nine yards, I have sabotaged myself in so many ways, torching it all to the ground.

I know how to live on no money and self-worth. I don’t yet know how to rise above it… but I’m learning. It’s probably why I made terrible marriage material… for which I owe two women an apology for being married to them and one other (okay, two… but we don’t talk about two) for thinking I could. So many of my absolutely brilliant ideas live on hope, which is why therapy is so important. It helps me to turn the abstract into logic. As a spazzbasket of creative diva energy, being logical is not my forté. Dana was right in that I tend to jump from one great idea to the next without finishing any of them, except for one. I have been faithful to a fault about cataloging everything I feel on this web site, and to me, 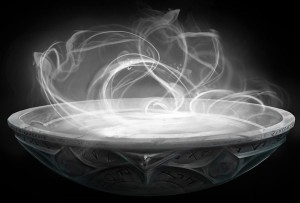 that’s the dependency I’ve needed to see up close & personal where all my flaws and failures lie. It has been a life-changing experience on so many levels to be able to go back over what I’ve written and see where I’ve changed and what still needs work. My friend Kristie calls it my “pensieve.”

She is not wrong.

I have said from the very beginning that I write for me, and you’re invited. It is so true you can take those words to the bank and cash them. Nothing I’ve ever written was meant more for an audience than it was for me, even the marriage article that got more shares and retweets than I ever expected. I wrote it when my own marriage was sometimes doing really well, and sometimes crumbling into pieces. I couched it in sharing common ground with Evangelical Christians, but in reality it was to remind myself of the things I could control in my own life, and what I couldn’t. I couldn’t make my partners do anything, but I could improve myself and hope that they followed suit… and if they didn’t, I was probably in the wrong relationship and trying to make it fit.

I cannot say that the relationship with Dana was wrong for me, only that it became so. Neither one of us really got the short end of the stick. We both participated in our own destruction, not really one person’s fault or the other, just a mishmash of problems that we thought we could solve and didn’t.

If I had it all to do over again, there would have been professional help involved. It also would have been good to either go and visit Argo or have her come and visit us, so that there was relationship on the ground between all three of us, and not a secluded bubble with swells of operatic emotion on the page. My writer personality is so different than the one I have on the ground, and it would have been good for all three of us to make that connection. Had Argo been a part of our daily lives, she would have ceased to be my “Raggedy Man.” My friends would have ceased to call her “The Doctor,” because she would have been real to them instead of seemingly this person I made up. It also would have made her concrete in my own mind, because speaking of self-destruction, the wall of anonymity between us kept even me from really seeing her in three dimensions. My lips were too loose, always. It is not lost on me that because we didn’t know each other on the ground, I was capable of more love and anger with her than anyone in my life, before or since.

That’s probably the biggest take-home message I’ve gotten from this web site…. that I need tighter boundaries with emotions all the way around. I don’t always need to be a loose cannon jackass who spouts off and regrets… or in the case of love, spouts off without really thinking of the consequences my words will inevitably bring. At this point, my life has to be all about learning to think critically while leaving my emotions on the back burner.

It’s a back and forth sort of process… one step forward and two steps back sometimes, a giant leap for mankind at others. I find myself watching TED Talks on motivation, and I haven’t found anything better for thinking while mobile than Tim Ferris’ podcast. Both deal with great thinkers- TED Talks are presentations, Tim Ferris interviews industry giants on how they do what they do. I feel stronger and more strident after listening to them, which is something I desperately need. Most of the time, I feel about thisbig, because depression and anxiety whisper, let’s think about everything you’ve ever done wrong in your whole life. My coping mechanism is to, most of the time, have something going in my headphones to drown out what my AA friends call “The Committee.” The Committee is the collection of tapes in your head that stop you from moving forward because it continually drags you into the past. Instead of how do I get there from here? it’s you’ll never get there because we won’t let you. It is the well of worthlessness from which The Committee continually tries to get you to drink.

There are better sources of living water out there, and my goal is to find them. At this point, there’s no other choice.