I’m in love. I’ve waited so long to write those words, because it is as if I’ve never said them before. Because I haven’t. Not to me, anyway. I have a gigantic capacity to love other people. It has never occurred to me to love myself that way. What I see in myself now versus even five years ago is astounding progress. I fought many demons, vanquishing some and making peace with others…. letting go of some relationships that seemed healthy and weren’t, and both introducing new ones and rebuilding others. When I was younger, I thought that there would be this magic day where adulting all came together… no matter how many friends I acquired who were older than me and assured me this was not the case.

I don’t think I’m wrong, though, because I had the epiphany earlier that this mystical day was not everything coming together, but the ability to hang on when they fall apart. It was literally my City Slickers moment. 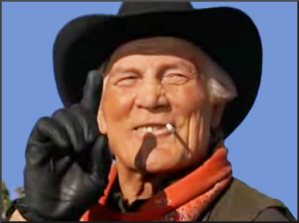 My one thing… my one thing… is that “if you don’t like the weather, wait ten minutes and it’ll change.” Everything gets better if you wait long enough, and if it doesn’t, perhaps you’re feeling a tad impatient.

In the past, I haven’t been patient enough. Not with anyone or anything, particularly myself. In a lot of ways, I think this is the only wisdom that comes with age. Winston Churchill nailed it when he said, “when you’re going through hell, keep going.” I think where I got tripped up was not realizing just how far. Some things take longer than others.

I have deep-seated anxiety, so before I started taking medication for it, I burned it as fuel for impatience. Everything was first priority, whether good or bad. I felt terrible every time a plate dropped, because whether the dish was large or small, it was a personal failure. I was one of those people who would feel equally bad about forgetting to bring something to a party and getting divorced. Forgetting to bring charcuterie and traumatic life events carried the same weight.

Stopping the physical reactions of anxiety with medication helped my emotions slow down. Once it kicked in, I had to reexamine my mood & behavior, asking myself what I was getting out of constantly being upset about everything. When I could get through a day without brain race, shortness of breath, and tachycardia (generally all at once), I had so much more time on my hands….. during which I learned what was worth worrying about, and what wasn’t. The things other people did and said in their interactions with me couldn’t affect me as much. If I am now in any sort of conflict, I don’t fly off the handle, because the trigger for it is gone. What made me a loose cannon was my body going into fight or flight (or freeze) syndrome. Conflict looks so much different when you don’t feel like you’re going to die in the middle of it.

I feel that I have stopped reacting, and have started responding. A reaction is just the first thing that comes to your mind, and a response is formulated. Not experiencing the physical symptoms of anxiety has given me some much-needed perspective, because not everything is riding on my first thought. I have time to second-guess myself, and third guess if necessary. Nearly a hundred percent of the time, my reaction and response are in opposing positions. Most people don’t get to see my reactions, because I wait to speak until I have a response. This is a good thing, as often my first thought is ridiculously impulsive in the wrong direction.

Falling in love with me has been the joy of seeing myself achieve calm, even in the midst of chaos. I admire myself for the coping mechanisms I’ve been able to implement so that I “have a backup generator when the electricity goes out.” I’m proud of my persistence in working very hard, for long hours, in a job where I have a chef that builds me up and hugs me every day.

It’s nice to have a “work husband” again after Knives and I “broke up” (I got a different job). Well, technically, Chef is more like my “work big brother,” but I’m not sure that’s a thing.

I’ve been in the dish pit a lot lately, because that’s where I’m needed, and Chef jokingly said he’d put me back on the line if I could name the five French mother sauces. Fortunately, the ticket machine went off, and he forgot…. because I could name three off the top of my head, but the other two escaped me. I woke up in the middle of the night and texted him. For the record, I did not have to use Google. The answer just came to me in my sub conscience and not while I was on the spot.

If you’re wondering, the five mother sauces in French cooking are:

And yes, I can make all of them, even without a rat in my toque…. though some days I might wish for one. For now, I’ve gotten all the wishes fulfilled that I need.

For instance…. I’m in love.

I'm currently in my forties. I am single, probably because geeks don't get laid. 😂😂😂 View all posts by theantileslie

One thought on “One Thing”